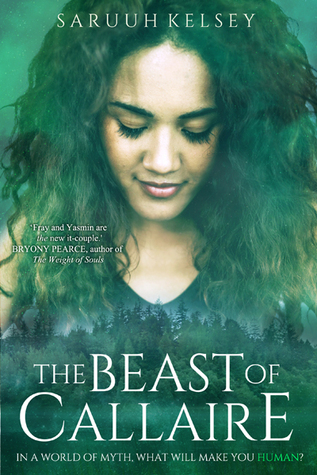 Reasons for Inclusion: PoC lead, F/F romance (Fray might be bi), trans man side character, some mythological characters are referred to as “they” regardless of the apparent gender they manifest as.
Publisher’s Summary:  Yasmin is a descendant of the Manticore. A creature of Persian mythology. A Legendary. But she doesn’t want to be. Unlike the Legendaries in The Red, Yasmin wants nothing more than an ordinary life. She tries to fool herself into believing that she doesn’t change into a beast every full moon and savagely kill innocent people.
But when Yasmin starts hearing a voice in her head and is drawn into dreams that aren’t her own, she is led to Fray—a girl who once saved Yasmin from hunters, who has shadowy memories that hint at her having Legendary magic—and Yasmin is catapulted into a life of Majick and malevolence. Despite the danger around her and Fray, Yasmin might finally have a chance at being a normal girl with a normal girlfriend.
But with Legendaries being killed, a war between the Gods brewing, and the beast inside Yasmin becoming stronger each moon, her mundane life is little more than a dream.
My Review:
(4/5 stars)
This book took a long time to get moving, but when it did, it was amazing. The magic system is new and imaginative, the characters diverse and interesting. The relationship between Yasmin and Fray progressed very realistically, with the uncertainties and bumps you’d expect of a romance, especially where both people aren’t sure what secrets to share. It doesn’t dominate the plot, which is well-balanced between Yasmin’s own issues and the growing danger facing the Legendaries.
With an intriguing world, diverse and deep characters, and a F/F romance on the side, The Beast of Callaire deserves to be shelved with the best supernatural YA of the season.

One thought on “Review: The Beast of Callaire”